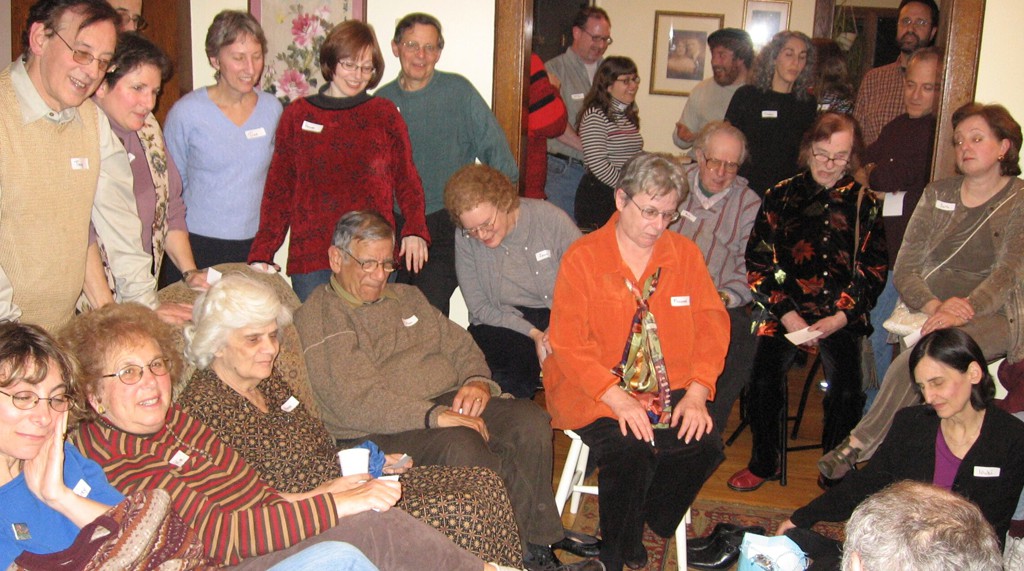 A Yiddish Class for adults is held on Sunday mornings at our school before our Sunday-morning adult programs.

The I. L. Peretz Community Jewish School offers courses in social studies (history), literature, and culture of the Jewish people. Classes are held September through May on Sunday mornings. The role of religion in Jewish life is dealt with in its historic framework.

The teaching of Jewish history emphasizes the struggles for freedom and equality in the past and relates those events to present-day struggles for civil and social rights. Literature includes the Bible and poetry, stories and folk stories from various Jewish cultures throughout the world and throughout the ages. Conversational Hebrew is taught in class, and Yiddish words are added through songs, stories and sayings. Singing—in Hebrew, Yiddish, Ladino and English—and dancing are part of our holiday celebrations. 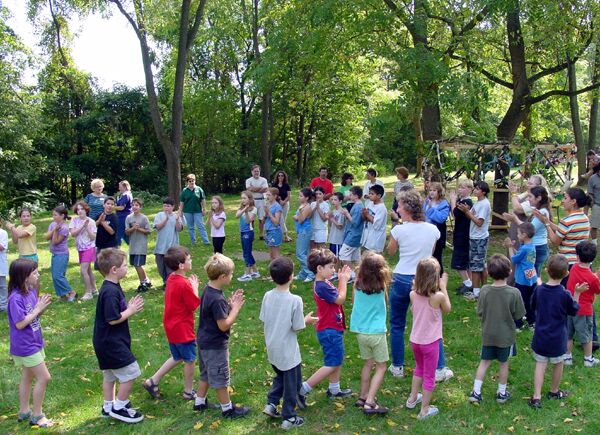 Our Curriculum at Each Level

Level One : The youngest children (Level One) focus on their Jewish identity and holiday celebrations. They learn about holidays and culture through storytelling, crafts, games, singing and dancing.

Level Two : Includes children in grades two and three. Over the course of two years, the children learn about the history of their immediate ancestors, as well as life in other Jewish communities throughout the world. They make a family tree and study life in Eastern Europe in the ghetto, the shtetl and the immigrant experience. The children also learn about the history of Israel and about life in Israel today. Finally, they study Jewish life-cycle events and Jewish values and folklore, customs and traditions.

Level Three : Includes children in grades four and five. Over the course of two years, these children focus on Jewish legend and history from the times of Abraham through 1492, when Columbus reached the New World and when Jews were expelled from Spain. 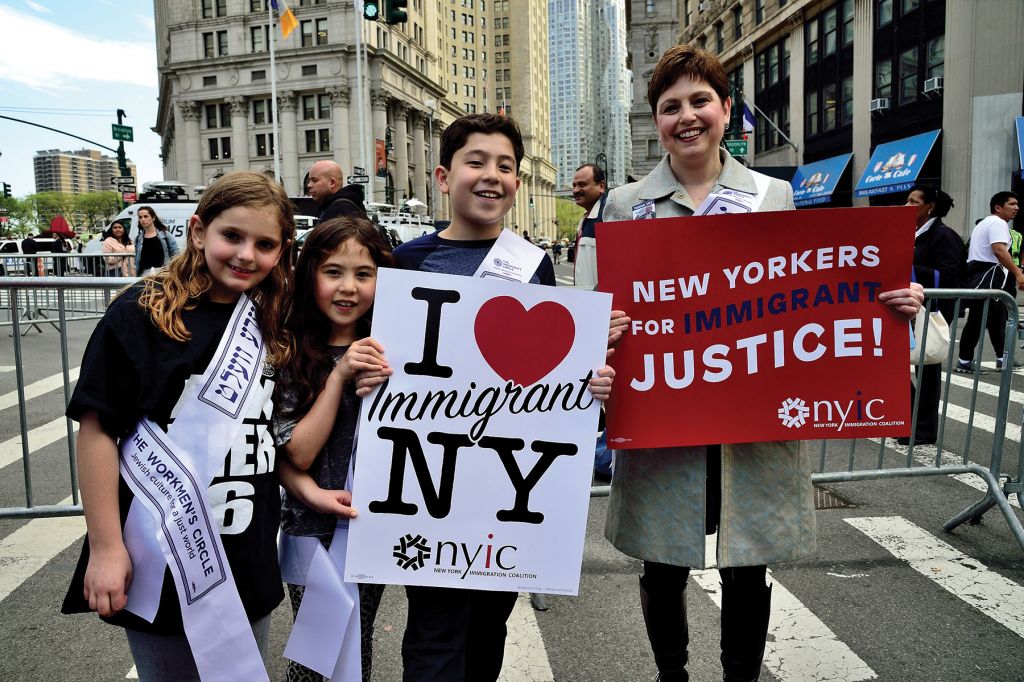 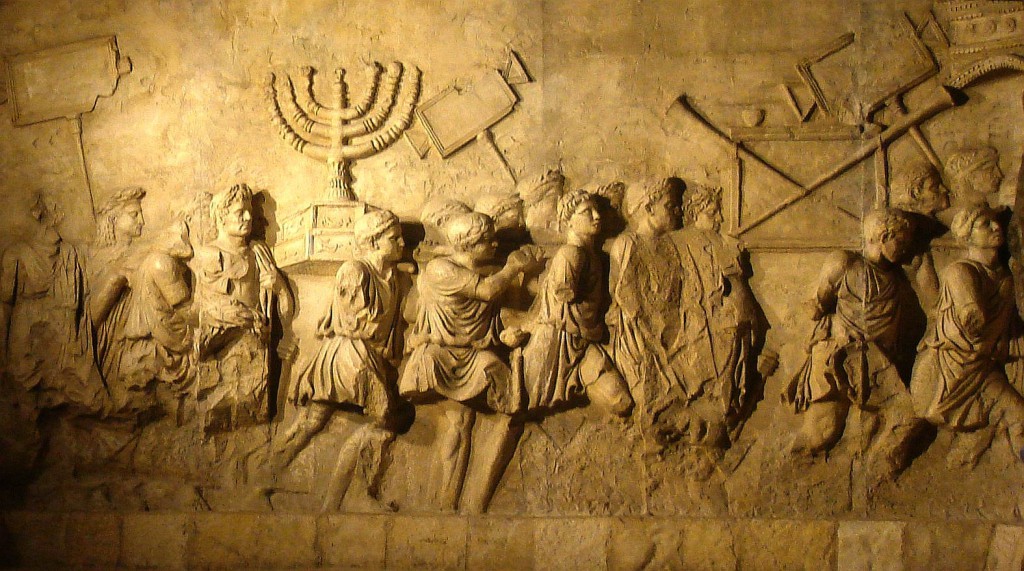 The I. L. Peretz Community Jewish School shares these views of North Jersey's Jewish Cultural School and Society:   "We want [our children] to grow up imbued with those values and qualities which characterize the Jewish tradition and which are particularly pertinent today—the thirst for knowledge and truth, a dedication to the achievement of peace and freedom, an active concern for the needs of fellow human beings. It is important that our children understand the background of oppression which resulted in the mass migration of Jews and other minorities throughout the world and throughout the ages. It is our intent that they should appreciate the relationship amongst themselves and fellow Jews in Israel and other countries. We want our children to be familiar with the contributions of Jews to American life and history, and to be prepared to make their own contributions as responsible citizens, with a full awareness of their Jewish roots."

Our social studies curriculum covers the legends and history of the Jewish people. Our goal is to impart an overview of Jewish history—including early Jewish folklore, holiday practices, current events, and ethical considerations—to all students so that upon graduation, our children will have a background solid enough to enable them to help define their own relationship to their Yiddishkeit or “Jewishness.” 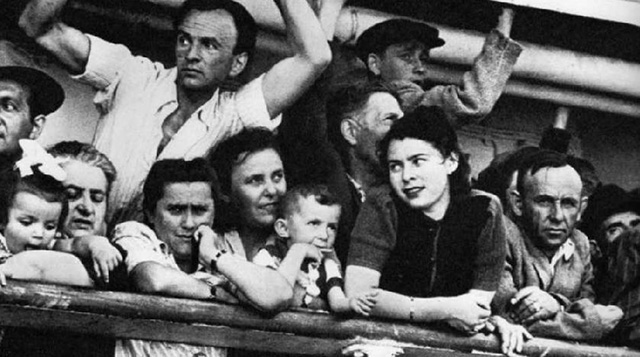 Level Four : Includes children in grades six and seven. In one year of the two-year curriculum, students continue Jewish history from the 18th century to modern times, including an age-appropriate examination of the Holocaust. Special emphasis is placed on the Jewish experience in America, including the role of Jews in the labor and civil rights movement. In that year, the students also study the many branches of Judaism. In the other year, students study comparative religions, discuss ethical and moral issues, and learn about Zionism and the development of the State of Israel.

Children at all levels have a weekly class in literature that exposes them to great Jewish thinkers and writers. The literature and social studies curricula are linked, so that students will often be reading material from or about the time period they are studying.

Hebrew language instruction begins with the youngest children and advances as the children advance through each level of study. The children learn the Hebrew alphabet and vowels, learn to read and write in print with basic words, and practice basic conversational Hebrew.

Each week the children also participate in a culture period. They sing, dance and prepare for holiday celebrations. They also learn about the role of Jews in American culture—in comedy, film, theater, sports, and science. Culture period, in particular, involves lots of participation and fun.

For more information about the I. L. Peretz Community Jewish School, Contact Us.